“A single act of helping throws out roots in all directions, and the roots spring up and make new trees.”
In Kids’ Kingdom – Eklavya Public School helpers week was celebrated children and show them the work done by different helpers in the society from 15th January, 2018 to 19th January, 2018 helpers day such as “Doctors’ Day”, “Farmers’ Day”, “Scientists’ Day”, “Soldiers’ Day” and “Lawyers’ Day” were organized respectively.
#EklavyaPublicSchool #Junagadh

We're not around right now. But you can send us an email and we'll get back to you, asap. 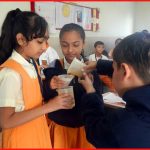 Process of filtration was demonstrated in the classPhoto Gallery 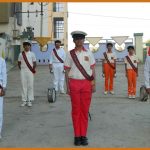